To Buy Or Not To Buy? 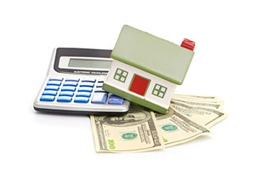 A common question among house hunters is whether or not to purchase a home or simply rent. While there are advantages to both renting and buying, there is certainly more responsibility when you take the plunge and become a homeowner. While many Americans choose to remain renters in order to avoid the responsibilities of being their own landlord, a recent report has revealed that it is actually costlier.

Trulia measured 100 metropolitan markets across the U.S., and the findings were unanimous: It is cheaper to buy a home than rent. According to the report, the gap is actually pretty wide. On average it's 38 percent cheaper in the long run to buy a home. The report included other expenses in addition to mortgage payments and rent, including renters and home insurance, maintenance and taxes.

The report may come as somewhat of a surprise, as home prices and mortgage rates have risen over the last year. However, rental rates actually increased at a faster pace and are expected to rise more quickly over the next few years. Of course, the total cost of living depends on where you live, because the difference between renting and buying was smaller in certain areas, but overwhelmingly, buyers had a cost advantage over renters nationwide.

One reason that renting is more expensive is that buying a home has several one-time costs like a down payment or closing costs. Once these are paid off, a homeowner will have fewer expenses in the long run, according to Trulia.

Trulia also found that the buying advantage wouldn't likely close until mortgage rates exceed 10 percent. While rates have risen in the last year, they are expected to remain closer to 5 percent in 2014.