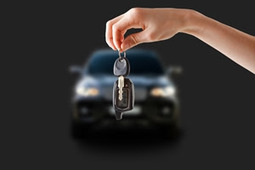 Third-party bad-faith claims in Florida have resulted in $800 million worth of increases in auto insurance rates, according to a new report by the Insurance Research Council.

Among drivers, that's an average increase of $79 per person in Florida.

A Third-party bad-faith lawsuit occurs when a driver files a liability claim against their own insurance company because the company didn't act in "good faith," or try reasonably enough to pay for costs when there is an accident. This only applies when another person is involved in the wreck, hence the third-party link.

Because they are susceptible to lawsuits from customers, insurance companies raise auto insurance rates for everyone to minimize the risk of losing money. In Florida, the situation appears to be getting out of hand, as drivers are being forced to make up for the potential loss of profit.

The additional $800 million that insurance companies charged was for 2013 alone. The IRC concluded that there was a 68 percent increase in claim payments from 1995 to 2013. Because Florida allows third-party bad-faith lawsuits, the amount of claims increased.

Why Florida?
Not all states allow these types of lawsuits. The report suggested that the amount of claims went down in these states during the same time period. This suggests drivers may file frivolous or fake claims in the hopes of being awarded large amounts of money in court. The result is that all drivers in Florida pay the price for the risk posed to insurance companies, according to the Insurance Journal.

"The virtually unrestricted ability to file a third-party bad-faith lawsuit against an insurance company poses a serious threat to Florida's auto insurance system," said Vice President of the IRC, Elizabeth Sprinkel. "The possibility of winning large bad-faith settlements and court judgments creates powerful incentives for potential claimants and their attorneys to file auto liability insurance claims that otherwise would not be filed."

Florida's "no fault" policy places no restrictions on lawsuits against insurance companies for liability. Most states have restrictions or ban third-party bad-faith lawsuits altogether. Instead, these states use fines and penalties to discourage the amount of claims.