The Weirdest Things Insurance Can Cover 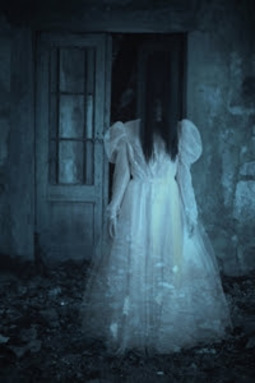 If you've ever looked over an auto insurance or home insurance policy and thought it covered some weird and unlikely situations, you might be in for a surprise what else is eligible for coverage. As odd as some of the policy details in some home and auto policies are, they're nowhere as strange as what the following insurance policies cover:

Immaculate conception coverage
In England an insurance company offered coverage that would pay out in case of virgin birth. According to Forbes, the company was actually able to collect premiums for six years until they stopped because churches and the general public made so many complaints about the insurance.

Ghost insurance
Some insurance companies have offered coverage against ghosts. A hotel owner in England bought coverage for ghost insurance that would pay out 1 million ​pounds. The policy wouldn't pay out for a simple haunting. A guest or employee of the hotel had to be killed by a ghost for the insurance money to be collected.

Fantasy sports insurance
Some insurance companies are starting to offer coverage to fantasy sports managers. Fantasy sports are when sports fans pretend to manage their own team by drafting rosters of athletes in a given sport's league (ex: NBA, NFL and other similar professional athlete organizations). These "fantasy" teams then compete against other fantasy teams based on statistics that are derived from player performance.

Some leagues are just for fun between groups of friends, while others have large financial payouts. For leagues that are pay-to-play it can be disastrous for a fantasy team manager to lose a major player due to real world injury. Fantasy sports insurance protects the fantasy manager against the real life injury of their star athletes.

Kidnapping and ransom
Kidnapping might seem like the stuff of suspense films, but abductions happen across the world everyday. If wealthy business leaders are traveling in certain parts of the world, it is not uncommon for them to be held hostage for money. Kidnapping and ransom insurance exists for large businesses to protect their senior leadership should such a situation occur.