The Potential Risk Of Car Hacking 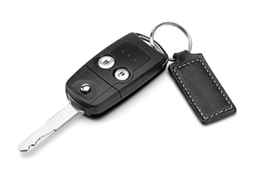 A new report from Sen. Ed Markey​, D-Mass., showed cars of the future may be more advanced, but may also provide more opportunities for hackers to break through cars' security systems.

Because newer car models are equipped with wireless technology that enables drivers to not only connect to the Internet, but for the vehicles themselves to connect with other cars, the inherent risk of relying upon such an interrelated wireless system presents new risks for the automotive industry. Hackers could potentially access a car's controls - something the Markey report is trying to bring light to.

The report highlighted how fast auto manufacturers are catching on to new technologies that turn cars into fully functioning computers, with brakes interacting with gas pedals and steering wheels coordinating with engines, as an example. While these actions make cars more efficient and able to detect problems such as low tire pressure, fast-approaching vehicles and warning signs ahead, they also lend themselves to be manipulated by cyber attackers.

Concerns about safety
While technology has jumped far ahead of automakers' ability to offer real world protections against threats such as these, some companies have encryption software that only allows certain car parts to communicate with each other, but with nothing on the outside, according to CNN Money. This process reduces the chance that hackers can break through a car's security system, but other manufacturers don't provide such a service, leaving drivers at risk. Tesla and Ford both have technology teams consistently identifying security weaknesses to improve upon, while other companies like Toyota and Hyundai refused to cooperate with the report's research.

The data transferred among cars is stored online - sometimes by third-party affiliates, which increases the chance that outside hackers will have access to private driver information, the report found.

The Defense Advanced Research Projects Agency demonstrated just how easy it was to hack into a car's electronic diagnostics system simply by using a laptop, according to The Daily Caller. DARPA was able to take control of the car's braking and acceleration capabilities by rewriting the communication software.

Protecting drivers in the future
Though widespread instances of these attacks have yet to occur, the report raises awareness to an issue that drivers know little about. And as this wireless technology becomes more common in cars of the future, drivers will have to take their safety and security more seriously to ensure they do not become victims of cyber attacks.

Even if drivers do not have the latest tech features in their cars, they are still likely to install some type of communication device on their dashboard, whether it be GPS, Internet radio or emergency response systems. Every device that connects to the Internet changes the way drivers interact with their cars and how accessible their vehicles are to hackers.

Taking proper security measures is key to reducing these risks, and part of the task can only be accomplished by automakers including protection software in their newer models. As cars continue becoming fully functioning automated machines connected to other vehicles and driving infrastructure, more research will likely be conducted to ensure the safety of all parties involved.

Drivers concerned about their security can take advantage of security discounts from their auto insurance providers.

CoverHound provides car insurance to millions of drivers in the U.S.