The Future Will Integrate Your Phone Into Your Car 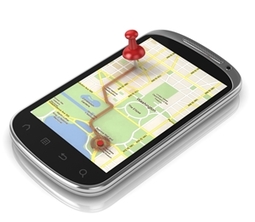 Many people already use the Bluetooth functionality on their phones to make calls over their cars' sound systems, but many in the industry believe that sort of integration is the bare minimum that consumers will expect from vehicles in the future. There is a movement to have phones become the entertainment and communication hub inside all cars, and the first vehicles to feature advanced integration with iOS and Android are finally being released this year. Soon, your smartphone could be more than a device that allows you to purchase car insurance. It could be part of the driving experience itself.

Early stabs at integration
The idea of using mobile technology in harmony with cars is not new. In addition to the Bluetooth functionality noted above, automakers have made multiple attempts at device integration before. Throughout the last decade, cars from several automakers shipped with options that allowed integration with Apple's iPod music players, according to Apple. In many cases, this allowed drivers to manipulate the music library stored on the player using their auto's media controls. Each car manufacturer designed its own system for controlling Apple's music player. As our mobile devices have become more powerful, automakers developed a need for deeper integration with their systems and more standardized methods of connectivity.

The problem that connectivity solves
Cars have featured elements of computers for several years, but as phones have become more powerful, many of the features inside cars have become redundant. Phones have navigation software and music players and can pull media from the Web. Mobile devices are also replaced more frequently than cars and receive regular software updates thanks to their Internet connectivity. Now, the two largest phone providers are introducing systems that will allow their devices to seamlessly work with car entertainment and navigation systems.

Two dominant players
In the U.S., Google's Android and Apple's iOS command over 90 percent of the phone market, according to CNET. Each has introduced it's own car-integration system, and car manufacturers are installing the systems in new vehicles that are being released this fall. Both follow a similar model that puts a slightly modified version of the phone's interface on a touch​-screen in the car, Tech Times reported. Each features voice control and offers access to navigation and media features.

Both phone manufacturers are encouraging developers to create new programs that will work exclusively with their car systems, but it remains to be seen how popular either system will be with developers.