Tesla Not Welcome In Michigan 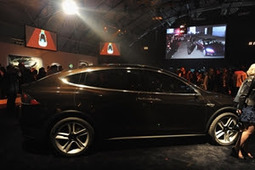 On Oct. 21, Michigan Gov. Rick Snyder signed into law legislation that strengthened Michigan's rule prohibiting direct auto sales to consumers, according to an official statement from the governor's office.

Tesla blocked in Michigan
Tesla, a manufacturer of electric vehicles, believes the only way it can truly pass on the benefits of its cars and financial savings to its customers to sell its vehicles through company-owned stores and not franchised dealerships, according to CNN Money. Tesla uses open galleries through which potential customers can look at cars and speak with Tesla employees. Consumers can then go and order vehicles directly from Tesla online. The auto manufacturer currently has galleries in Texas, Maryland and New Jersey.

Tesla wants to open a gallery in Michigan, which is says it can't do because of the current law. Even though Michigan officials state the law was not anti-Tesla, the most recent law appears to have a closed a loophole that may have allowed Tesla its gallery.

Will Tesla ever come to Michigan?
While many states prohibit direct auto sales, automakers in Europe and China are able to sell through dealerships or their own stores. This is what Tesla is fighting for - a more open market where like auto insurance and other products - consumers can buy right from the source.

The auto manufacturer's practices even caused dealerships in Massachusetts to sue it, according to Auto News. The lawsuit ended when a Massachusetts court decided in September that dealers didn't have the standing to prohibit direct sales. The decision was upheld on appeal and Tesla continues to have operate a show floor in state.

Many believe Michigan's new law was a quiet way of blocking Tesla and preventing a situation like the one that arose in Massachusetts.

According to the statement from the governor's office, Michigan is open to re-examining its current economic model. However, Tesla isn't so sure, Auto News reported. The company's Vice President of Business Development Diarmuid O'Connell stated Tesla may look into its legal options.

"You don't do this if you're not trying to change the law," said O'Connell. "And you don't do this at the last minute unless you know the change has consequences. One doesn't have to be a legal expert to understand the miscarriage of justice."