Technology To Look Out For In 2015 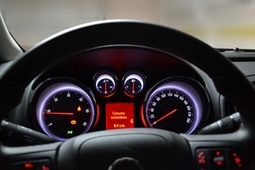 For some, their car is merely a mode of transportation - extra bells and whistles aren't necessary. For others, their car is their latest gadget and they want the most up-to-date technology. These tech savvy car owners are in luck because in 2015, they have the chance to upgrade their vehicle to one with the latest tools and features.

More mobility
Mobile technology is taking over almost every market, and the auto industry isn't immune from the Internet's charms. Those looking for a new car next year should keep an eye out for mobile technology built in to the vehicle and apps that can connect them to their car from anywhere with an Internet connection.

More cars, trucks and vans will have voice commands and Bluetooth technology inside, meaning no one will need to take their hands off the wheel to make a call or choose a new song.

The vehicle-connected apps may turn out to be time- and life-savers too. Many options will be able to give the user weather and traffic reports, as well as directions. Don't forget about remote start options, as well, which sound appealing as the temperature continues to drop and drivers wish they could climb into a warm vehicle instead of frigid seats.

Improved supervision
Parents with teen drivers will be thrilled to hear some auto manufacturers are creating monitoring systems for their cars, allowing parents to know when the car's on, how fast it's going and more. If the driver goes over the speed limit or the car starts without permission, an alert can be sent straight to the parent's phone.

Extra help
Fancy features are fun, but more importantly, automakers are adding safety tools to their cars in 2015. More manufacturers are adding lane change assist and autonomous braking systems to their vehicles. These reduce the likelihood of getting into an accident, which could hurt the driver, passengers and pedestrians. Not to mention, fewer accidents means there's less of a possibility drivers will be charged higher premiums on their auto insurance.

Greater visibility beyond 2015
Some automakers have made LED headlights standard in recent years, and now certain luxury manufacturers are turning toward laser headlights. It might sound a bit Star Trek-like, but laser headlights are a real, modern day possibility. They haven't been approved for roads in the U.S. yet, so this high-tech feature is more likely to hit the market after 2015.