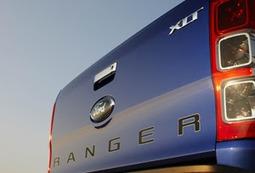 A new report released by the National Insurance Crime Bureau showed the rate of tailgate theft rose in the U.S. last year. Between 2012 and 2013, tailgate thefts climbed from 831 to 1,090, which is a 31 percent increase.

The NICB came by these figures by collecting data from U.S. insurance companies. If you aren't a truck owner or a vehicle aficionado, a tailgate is the hinged closure for the rear of a vehicle, usually pick up trucks. This part of the truck is easily damaged in crashes or when car owners move too heavy of loads, according to the NICB report.

Why the rising tide of tailgate thefts? Because in illegal markets, this auto part sells for a much lower price than through a legitimate retailer. Many are stolen then sold for scrap, where they can then be resold for similar vehicles. Others are put up for sale on eBay or Craigslist.

Unfortunately, tailgates are easy to steal, according to the Los Angeles Times. Thieves don't need special or expensive tools and can remove a tailgate in less than a minute.

If you own a vehicle with a tailgate, there are ways you can prevent it from being stolen. You can also rest assured that most comprehensive auto insurance policies cover the loss if yours is stolen.

To guard against tailgate theft, you can buy anti-theft devices that lock the hinge mechanism, and require the owner to use a manual or electronic key to unlock it. It's also best to park your vehicle in a locked garage or with the back of the vehicle towards a wall.