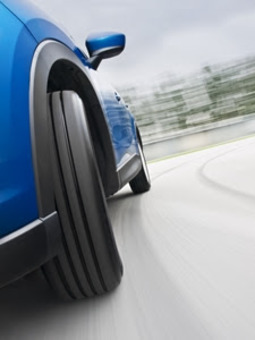 Some vehicle owners love their cars so much, they actually name them and give them imagined personalities. Some might even talk to their car, at least when alone. But few have probably wondered what it would be like if cars could talk. While it seems absurd, vehicle communication may soon come true for everyone on the road. The U.S. Department of Transportation recently announced that after years of research of vehicle-to-vehicle communication, the National Highway Traffic Safety Administration will soon begin to implement strategies to use the technology on a broad base.

What is V2V communication?
We've all spent some time in our childhoods telling secrets to our friends or siblings over walkie-talkies or through the old-school version of connecting two cans together with a long string. These direct means of communication were fun ways to talk before adopting cellphones and other modern means of connecting. The idea of V2V communication is a similar concept, but involves cars talking directly to one another.

While cars won't actually "speak" in the way you are probably thinking, they will be able to exchange data related to safety, including speed, direction and position. The rate of this data sharing is what makes the technology seem futuristic - the information can be exchanged up to 10 times per second. That's a pretty quick conversation.

Safety benefits
One of the biggest reasons drivers end up in accidents is due to not being aware of surrounding dangers, including other drivers. The V2V communication would enable cars to provide drivers with 360-degree situational awareness. This can aid drivers in actions like changing lanes and making turns.

In its initial testing, the Department of Transportation found that the technology might be able to cut down on 70 to 80 percent of all traffic accidents that involve an unimpaired driver. This has the potential to save thousands of lives per year on the road. For auto insurance companies and policyholders, the implementation of V2V communication could result in significantly lower rates and large savings.

V2V testing
The DOT and NHTSA tested the technology on 3,000 Michigan vehicles - including buses, trucks and cars - in 2012. The data sent between vehicles was anonymous but provided information that was able to alert and warn drivers of an impending crash. The research is nearly a decade old and indicated that traffic accidents could greatly be reduced if the technology was adopted by millions of drivers across the U.S.

Since the initiation of the NHTSA in 1970, highway deaths have dropped 36 percent, with 22 percent of that decline occurring in the last decade. Better safety features and technology, as well as better designed vehicles, have contributed to fewer accidents and highway fatalities. V2V communication presents another modern innovation that will enable drivers to remain safer on the road. While not many new vehicles are currently equipped with the ability to talk to other cars, it is likely that it may soon be a reality.