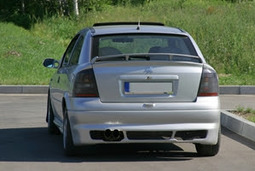 When it comes to the car you drive, you probably consider safety among your top concerns. However, that doesn't mean you will necessarily choose a large-sized vehicle instead of an affordable small car due to safety ratings. Small cars are popular for many reasons, but there are also some higher risks in front-end crashes. Mostly, it's because larger, heavier vehicles are better off against a smaller car.

In general, you may need to pay more for an auto insurance policy if you have a smaller car. That's because these vehicles typically don't fare as well in accidents and may have higher costs to repair them. Many owners of small vehicles purchase them for their high gas mileage and fuel efficiency, but the higher cost of insurance premiums could make those savings null.

Crash ratings for small vehicles
In recent crash-safety ratings by the Insurance Institute for Highway Safety, only the Mini Cooper Countryman received the top rating of "Good" in front crash tests of small vehicles.

"The Mini Cooper Countryman gave a solid performance," said Joe Nolan, IIHS senior vice president for vehicle research. "The Countryman's safety cage held up reasonably well. The safety belts and airbags worked together to control the test dummy's movement, and injury measures indicate a low risk of any significant injuries in a real-world crash this severe."

Other small vehicles that bode well, but did not earn a top safety rating, included five small cars that were all 2014 models. These vehicles earned ratings of "acceptable." By comparison, two other vehicles were on the margin of acceptable while four others earned "poor" ratings.

Two electric vehicles were included in the small car front crash tests, the Chevrolet Volt and the Nissan Leaf, which is America's No. 1 selling electric car. The Volt, which uses a gasoline-powered engine with an extended range, earned an "acceptable" rating, while the Leaf was deemed a "poor" safety rating. The Ford C-Max Hybrid vehicle - the only hybrid of the bunch - achieved an "acceptable" rating.

The IIHS said that automakers should focus on overall protection in accidents to earn a top safety rating. From safety belts to the collapse of driver or occupant space, small car manufacturers have a lot to consider before these newer models will stand up to larger vehicles. While you might be able to drive farther on a tank of gas with a small car, you should consider safety ratings and their implications for your car insurance.