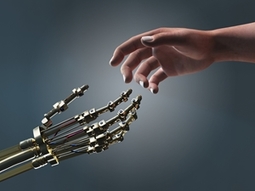 Self-driving cars are a fact of the future. According to the International Business Times, by 2016, up to 30 cities will be testing these autonomous vehicles. The concept behind these innovative vehicles is that eventually, the cars will be able to travel without a driver even present in the car. Though the ideas are already taking shape, complete self-driving passenger cars are not expected to be seen in mass until 2050 or later.

Safer roadways
The vast majority of car collisions are caused by human error. Self-driving cars essentially take away the variable of human error because their crash avoidance technology accounts for drivers' mistakes. Such technologies include automatic braking, blind spot detection, park assist and lane departure warning. These features are already in place for many late-model cars. When passenger cars become fully autonomous, the vehicles as a whole will act as crash avoidance technologies.

The U.S. Department of Transportation is moving forward with implementing vehicle-to-vehicle communication. V2V is a communication system that provides a 360-degree range of radio network for cars to essentially talk to one another. This feature will improve safety and limit traffic congestion.

Effect on your insurance
A RAND corporation report predicted that personal liability would decrease with the implementation of self-driving cars. Reduced accident risk also means that the cost of insurance premiums could significantly decline. Since roadway safety would be even more dependent on the car itself, insurance companies could take the make and model of drivers' vehicles into even further consideration when determining auto insurance rates. Additionally, car manufacturers will hold more of the responsibility when it comes to auto insurance. While it cannot be determined with absolute certainty the effect self-driving cars will have on car insurance, there will most certainly be changes to policies.