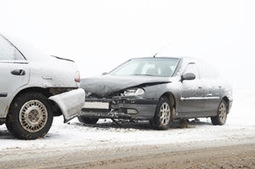 The findings are important to the auto insurance industry, which relies on its ability to cover damage costs associated with car wrecks. Many drivers have a tough time navigating through the claim process, which can greatly impact consumers' overall impression of their insurance companies.

The study found nearly 80 percent of people who were satisfied with their services intend to renew their current policies with the same insurer, which is vital to customer retention on behalf of insurance providers. Those who were unhappy with the handling of their claims stated they would find car insurance elsewhere.

The report bodes well for providers, as it appears some of their efforts to appeal to customers are working.

"Insurance companies are placing more emphasis on training their employees and representatives to be customer-centric, especially during the interaction process," said Jeremy Bowler, senior director at J.D. Power, according to the report. "That focus is reflected in the increase in satisfaction, specifically with claims professionals, whose primary responsibility is to accurately estimate the amount of the insurance settlement. Historically, those individuals have been recruited and trained for their technical knowledge but haven't always been known for being customer service-oriented."

By making an effort to reach out to customers, companies have a higher chance of retaining valuable policyholders. Additionally, expanding a client base allows insurers to grow into new markets and offer a wider selection of policies and premiums. Currently, the largest providers of insurance in the U.S. are State Farm, Allstate and Liberty Mutual, according to A.M. Best.