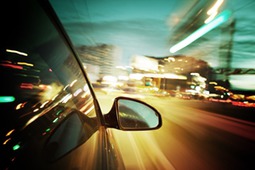 Imagine a future where car accidents and traffic no longer exist. No, not a science fiction made-for-TV movie, but a very real and not-so-distant future where cars drive themselves. That's the latest utopian vision from Volvo, which is planning on developing self-driving vehicles as early as 2014, engadget reported.

Volvo, a long-hailed leader in vehicle safety, is not alone in the quest to make autonomous cars, however. Nissan and Google are both working on their own models that proclaim self-driving features to decrease the likelihood of accidents on the road.

While the costs are high and the technology is not yet completed, Volvo and Nissan both hope to have a fleet of accident-free self-driving cars by 2020. Each year, there are thousands of car wrecks that cause injury or simply have an effect on auto insurance rates. The idea that vehicles could come equipped with some preventative measures against accidents is largely embraced. According to the Eno Center for Transportation, about 40 percent of car accidents involve some form of distraction, substance use or fatigue. Autonomous cars could protect drivers against many of these types of accidents.

However, some consumers are wary of new technologies in driverless cars. In addition, these new automobiles are expensive - James-Bond-car expensive. For example, the Light Detection and Ranging systems that Google places on the top of its vehicles cost $70,000, according to Eno. Other sensory detectors that are essential for autonomous cars are around the same ballpark in price. For most Americans, the technology isn't cheap enough yet. However, some of these features already exist in cars and are expected to become less expensive as the technology improves.

Current technology
While the possibilities for safer driving are coming in the near future, there are already a few cool technologies that car manufacturers have implemented. Active Lane Keeping Assist is used by Mercedes-Benz to keep drivers in their lane by nudging the steering wheel back if the vehicle starts to drift. Infiniti uses a similar turning mechanism, the Active Lane Control technology, which enables turns on highways and keeps a vehicle in a lane on a straight road. Though the system does not work for sharp turns, the technology seems to be on its way to being completely self-controlled.