Ride Sharing On The Rise 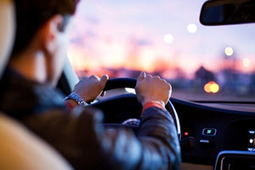 Surely you've come across a vehicle on the street with a purple or pink fluffy mustache on the front grill or at least have heard someone mutter the word "Uber." In the past year, ride-sharing companies like Lyft and Uber have taken off, creating a whole new way to get around town. Ride-sharing companies are quickly spreading throughout cities in the U.S. and the world, and more of these businesses are making it their mission for the transportation method to become mainstream.

For most consumers, the process is quick and easy with the use of a smartphone. Vehicle owners who pass a background check can qualify to become drivers for a ride-sharing program fairly easily and can use their own vehicle to earn some extra cash. Riders need to simply enter their credit or debit card information and tap a button to get picked up. In general, ride-sharing services are less expensive than traditional taxis and more convenient than public transportation. On both ends, these programs appear to be appealing to users and are growing rapidly in major metropolitan areas.

While there are several benefits to the new transportation mode, there is one issue that could mean higher prices for everyone: Auto insurance rates.

The auto insurance loophole
According to a recent report by Time, ride sharing could potentially lead to higher car insurance premiums all around. For the time being, insurance companies aren't quite sure how to deal with insurance coverage for those who decide to become car-sharing drivers. There are still questions to be answered regarding the safety and liability of riders who use the programs.

What is clear at the moment is that the drivers involved are not required to purchase commercial insurance. Because the system is still fairly new, the necessity for additional car insurance coverage is unknown. The ride-sharing companies typically have extra liability insurance for its drivers and passengers, but the drivers themselves usually do not have commercial insurance, despite the fact that they make money on the service.

Rising costs
As a result of the new concerns, lawmakers in several states such as Colorado have begun drafting bills that would officiate and authorize ride-sharing companies in their cities. These bills would also require proper commercial insurance coverage for drivers in ride-sharing companies. The new laws would eliminate the controversy over whether personal insurance is needed for liability coverage or if the company's policy would suffice.

Due to the rapid rise in popularity of ride sharing, more drivers have become involved with the programs. Car insurance companies are typically unsure of which policyholders may be a driver for a ride-sharing company. Because of this, insurance companies may simply increase auto insurance rates for everyone - even if you've never been a passenger or driver with Lyft or UberX, according to Time. Ride-sharing companies have disputed this theory, but the debate is far from over. As the demand for these services continues to rise, the insurance question will continue to play a bigger role.