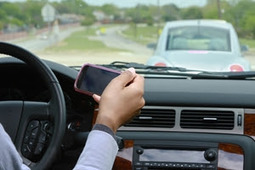 Ride-sharing companies like Uber and Lyft have faced several obstacles from taxi unions and state lawmakers, and these companies could face another road block from the insurance industry. Two new bills in California from the vehicle insurance and taxi lobby may put the kibosh on this industry, which provides relatively cheap fares for riders.

If the first piece of legislation, AB 2293, passed, it would force drivers for ride-sharing companies to have a commercial license on hand whenever they are working, according to the Whittier Daily News. The second piece of legislation, AB 612, was introduced by the state taxi lobby and would require the businesses to perform background checks and drug tests for their drivers.

Ride-sharing companies currently provide $1 million of commercial auto insurance for drivers who are riding or picking up customers, according to the Daily News. Drivers must also file their own auto insurance claims if they are in an accident, and if the driver's policy denies the use of commercial insurance, then the company's policy would be responsible for covering the driver.

Uber and Lyft have many drivers on the road and the lawmakers want to make sure that consumers who take these rides are safe.

Many proponents of the legislation feel that the companies' policies make it so premiums are high and insurance companies are taking the brunt of the costs. Assemblywoman Susan Bonilla said that these pieces of legislation are not to shut the organizations down, but are being put in place with the hope of better protecting drivers.

"A lot of drivers don't understand that if they have an accident, their coverage won't help them," Bonilla told the Daily News. "If something really bad happens, they could be sued for everything they have."