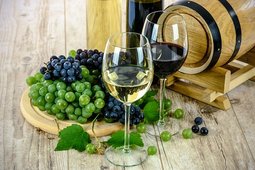 One juice bar owner in Henderson, Nevada woke up to an unexpected surprise on Thanksgiving day. During the wee hours of the morning, a band of burglars broke into the Juice Standard. They proceeded to find the safe, smash it open with a sledgehammer, grab the cash inside, and flee on foot. The owner knows this to be fact because a security camera caught it all on tape.

While the owner says it's the first time her store has experienced such an intrusion, she's thankful for the outcome. Why? Because, as KVVU Las Vegas reports, "[The burglars] only got away with a small amount of cash." Additionally, the owner is "thankful that none of her employees were hurt."

What can we learn from unfortunate incidents like this one? First, don't underestimate the importance of a security system. And second, business insurance for juice bars adds an extra level of protection when losses are severe.

Commercial break-ins like these tend to underscore the importance of having security systems in place before an incident. The company shared the camera footage on social media in the immediate aftermath, increasing the chances of catching the culprits. Since it depicted the burglars struggling to locate the safe, the business owners could conclude it likely wasn't an inside job. As anyone who owns an establishment that's been robbed knows, any clues are better than none. Sometimes posting one quality video on social media can help catch crooks—or at least deter intruders from trying again.

Taking security precautions ahead of time also has another added benefit: it reduces the cost of business insurance premiums over time. Business.com outlines a few factors that influence commercial insurance rates:

The less risk of having to file a costly claim you face, the more favorable your premiums tend to stay. Insurance carriers take security cameras, alarms, and more into account when calculating the cost of your plan. Since theft is typically covered under the property portion of a Business Owners Policy (BOP), reducing its likelihood is a win-win.

BOPs bundle general liability and property risks into a single package. This means carrying one insures "buildings and contents owned by the company." Imagine that a group of thieves not only empty your safe but cause extensive damage to your doors. Your BOP would cover any losses exceeding your deductible, paying out the replacement value or actual cash value. Let's say you have to halt operations for a week in the aftermath to fix your entryways. BOP also covers the loss of income you experience during the subsequent business interruption.

Interested in comparing business insurance for juice bars and other small- to medium-sized establishments? Visit CoverHound to compare free and personalized quotes from leading carriers today!