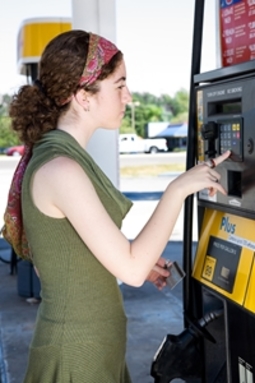 With gas prices falling steadily each week, drivers have received an invisible tax break each time they fill up their tanks. For the week ending Jan. 19, the U.S. Energy Information Administration noted the national average for a gallon of gas fell more than 7 cents from the previous week. Gas is roughly $1.23 cheaper than it was during the same period in 2014.

As drivers save considerably, some officials are pushing for an increase in the gas tax at both the federal and state levels. The point is to levy a tax hike now while prices are low because consumers won't feel the pinch as much. And once gas prices rebound in the future, governments will be able to recoup more money in the form of higher taxes, according to USA Today.

The national gas tax has been unchanged for more than two decades and currently stands at 18.3 cents per gallon. But with federal officials unwilling to push through a tax hike, states have taken matters into their own hands and decided to adjust tax rates. For instance, New Yorkers pay more than 45 cents per gallon in taxes. On the other end of the scale, Alaskans pay just 11.3 cents, USA Today reported.

The disparity is largely due to local governments and the level of public programs available to citizens. In highly populated regions, there are more drivers and typically a more expansive social safety net. To pay for such entitlement programs, states rely on taxes, and in some cases, heavily on the gas tax. And in the years since the recession, states are still looking to recover the billions of dollars in lost tax revenues to help make up for budget shortfalls and pension payouts.

Addressing the gas tax
Though members of both political parties have shown considerable interest in levying a gas tax hike, President Barack Obama did not bring up the issue in his Jan. 20 State of the Union address, according to The Hill.

However, officials believe there are real signs of agreement on the issue, and the details could be worked out behind the scenes. To simply maintain the current level of transportation infrastructure across the U.S., the government spends $50 billion a year. At its current rate, the federal gas tax generates only $34 billion, which means if any significant road projects are to be completed, a tax hike would be more than necessary to bridge this budget gap.

In conjunction with a bill that would fund the construction of new highways, officials believe a gas tax could provide the needed revenue.

"Both the president and Republicans in Congress have talked about this as a potential area for agreement, and we'll closely watch both tonight for indications as to how they would meet our infrastructure needs," Michael O'Brien, spokesman for the Association of Equipment Manufacturers, told The Hill in an email. "Time is of the essence for both the administration and Republican leaders to offer more detailed plans and fewer talking points with the Highway Trust Fund's deadline approaching at the end of May."

Impact on drivers
In the short term, drivers will simply pay a few extra cents more per gallon if the hike is enacted, which translates to a couple of dollars more each time they fuel up. While this may not seem like much, current gas prices cannot remain this low for much longer. In fact, investors have already purchased a record number of oil ETFs in preparation of the coming oil rebound, according to Nasdaq.

When prices rise, drivers will feel the burden more personally because consumers are typically more aware of their finances in times of expensive oil. Perhaps some will opt for public transportation rather than pay higher prices for gas, while others may choose to carpool with co-workers. In either case, a gas tax hike could make drivers reassess their budgets and modes of transportation.

With any adjustments in driving habits, it's necessary to take another look at car insurance plans so that drivers aren't over- or underinsured. Shop around for the best deals to save money on insurance.