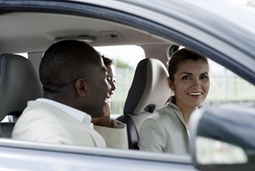 The sharing economy is expanding, and with it, home and auto insurance products that better match consumers' needs. Whether you're an Airbnb user, Zipcar addict or Amanda Palmer fan you're most likely part of the sharing economy in some way. This market is based on businesses and people who promote the sharing of resources, sometimes in a more traditional sales setting, other times as a gift or trade.

Home and auto rentals have become two of the most popular sharing commodities. Airbnb has grown to a global network of homeowners willing to rent their couches, spare rooms or guest houses. Zipcar is a well-established business, but other ride-sharing services exist as well, including Turo, Lyft, SideCar and Getaround.

Rise of insurance in the sharing economy
Understanding there's a need for insurance coverage in this new and growing economy, nonprofit company Peers created two new policies based on the market, the San Francisco Business Times reported. Consumers can now purchase $1 million liability policies to cover temporarily renting out their homes or using their vehicle in a car-sharing program.

"While sharing economy workers are finding new ways to fill their income gaps, they are also encountering challenges they've never had to deal with before, such as an inability to find the financial products they need or concern over the stability of their income" said Shelby Clark, co-founder of Turo and executive director of Peers, according to the San Francisco Business Times.

Peers' home insurance policy
The homeowners insurance plan offered by Peers is specifically created for a short-term rental platform. It costs $36 a month and provides up to $1 million for personal injury or property damage sustained by a renter. It even covers income lost because of damage caused by a renter. The best part is that homeowners don't have to sign a long-term contract. The policy can be purchased for a single month at a time.

Peers' auto insurance policy
For people using their vehicle in a ride-sharing businesses, having the correct auto insurance is critical. Without it, an accident could cripple their finances. Peers offers a $20-per-month policy that will cover replacing a vehicle for a month if the consumers' car is damaged. It also covers the cost of damage caused by passengers or thefts.

The only limitation to the auto policy is that it's currently only available in the Bay Area, but expansion is possible in the future.