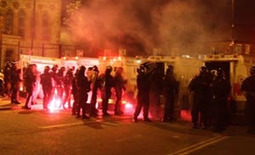 Insurance can help someone out if they get into an accident or if their home is damaged by a natural disaster. If any of these misfortunes occur, victims can breath a sigh of relief knowing their insurance plan will cover the damages. While home and auto insurance is commonplace, people would be surprised to learn that there are many types of niche insurance coverage for interesting situations. Kiplinger News Service put together a list of some of the most obscure situations that are covered by insurance:

Volcanoes
While those in the flat landscape of the Midwest may not have to worry about the threat of a volcano erupting, there are a few states that aren't so lucky. Those in Alaska, California, Hawaii, Oregon and Washington are in close proximity to at least one volcano, so those citizens may find that it is a good idea to sign up for this coverage. Even if they are not in the direct line of danger from an eruption, clouds of ash can do a number to the structure of a home or even destroy cars.

Rodent damage to an automobile

Homes could be in danger of having an infestation of mice if they are not cleaned properly, but it is also possible for these pesky rodents to cause damage to a car. When rats or mice get into a car, they can mess up the upholstery or even chew through the wiring of the engine, which could result in the car malfunctioning and getting into a serious accident. This is a very specific type of coverage that people have to specifically ask for, so drivers shouldn't worry about rodents affecting their cars too often.

Falling asteroids
Hollywood movies may have said otherwise, but the chances of a meteorite, asteroid or satellite crashing to the surface of the Earth is very unlikely. Despite this fact, it may already be included under a standard insurance policy. The Insurance Information Institute said the damaged caused by falling objects is generally covered under auto, homeowners and life insurance. While the chance of an asteroid coming to Earth is highly unlikely, everyone should know they are protected in case a falling object wrecks their car.

Damage from a riot
When a revolution occurs, the tides of change may be coming, but there could also be plenty of damage occurring to cars and houses. Kiplinger said damage caused by riots is covered under standard homeowners insurance. This can come in handy for people who live in areas with political unrest.