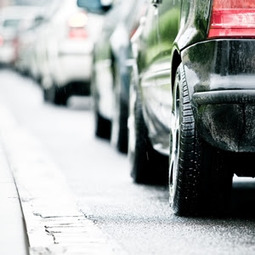 The number of automobile recalls in the U.S. in 2014 has already surpassed the single-year record, and there are still six months left in the year, according to the National Highway Traffic Safety Administration, via Bloomberg. Through June, 37.5 million cars were recalled. This tops the previous record of 30.8 million in 2004. Two-thirds of the recalls in 2014 have been for General Motors automobiles.

The NHTSA reported that this number could get even bigger once Japan's three biggest automakers - Toyota, Nissan and Honda - reveal their numbers for their recalled models.

GM has been at the forefront of the recalls lately, with 26 million of its vehicles being called back in 2014. One problem with the cars included faulty ignition switches, which caused several accidents. The Detroit-based automaker has recently run into difficulties with some of its full-sized pickup trucks and sport utility vehicle models. About 1.8 million of these GM automobiles have been reported to have brake issues, which has caused 26 crashes and three injuries. The NHTSA report showed that many of the owners of these vehicles live in areas that use a lot of road salt during the winter, which in turn causes the steel brake lines to rust. These faulty parts can cause serious accidents, and any drivers who have these models or notice something wrong with their own vehicle should make sure their auto insurance policy is up to date.

GM maintains that brake problems of this caliber, along with a reported brake fluid spill, is more of an overall automobile wear and tear issue and not one specifically caused by certain GM models. Tech Times reported that GM is wary about issuing another recall because it will add to the ever-growing list of recalled cars and could cost more money to fix everything.