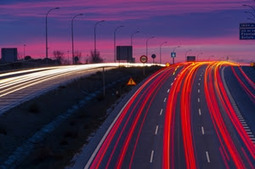 Self-driving cars, car-to-car communication and accident-prevention systems aren't that far away. In fact, many of these technologies have already been implemented in some capacity. New devices and software have turned the idea of driving upside down. Hands-free talking hardware, navigation services and heads-up displays may make driving simpler and safer by removing human error as much as possible.

Some in the insurance and automotive industries are excited about the possibilities of a brand new relationship that can cut down on accidents and improve transportation capabilities in general. However, it's not exactly clear how these new technologies will impact car insurance rates.

In a decade, companies like Google are expecting to have fully autonomous cars on the road, according to Forbes. Human drivers will no longer be necessary for the operation of the vehicle - some are currently built without steering wheels or brake pedals. An imagined system of interactive cars communicating with each other to make roads safer is already in the process in some states.

Unfortunately, just because the cars are perceived to be safer doesn't mean insurance rates are going to drop anytime soon, according to the Washington Times.

Deflecting risk
The problem with new car technologies is that they work well in optimal conditions. However, at night, in bad weather and with sensors sometimes misreading hazards, the potential for accidents is not 100 percent removed. In fact, some industry analysts suggest the risk has merely shifted.

In the future, damages could occur as a result of a technological failure as opposed to human error, according to Insurance & Technology. This means insurers will shift their focus to providing coverage for electronic errors instead of driver mistakes. This will not necessarily lower insurance rates, but rather place the emphasis of coverage on a different aspect of driving.

"While insurers currently base pricing more heavily on driver characteristics, increased automation may shift toward vehicle, usage and geographic characteristics," according to Verisk Analytics.

With the invention of new technology comes years of trial and error before a foolproof system is created. It's unclear when a car would be fully capable of operating on its own without making mistakes. Additionally, insurance companies may actually increase monthly premiums starting out because they may be unsure of the effectiveness of the updated vehicles.