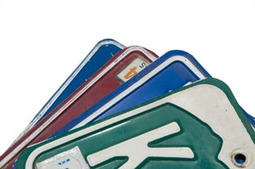 After fraudulent auto insurance claims became more frequent in recent years, the Insurance Institute of Michigan has proposed a $3-per-vehicle fee to help fund a committee to put an end to the abuse, according to MLive Media Group.

The instances of fraud throughout Michigan have been a result of fake documentation by drivers and criminals looking to profit from scamming consumers. The problem has gotten so far out of hand that authorities are looking to charge a flat rate for every car on the road, regardless of whether they are honest drivers or not.

The small fee is projected to raise $21 million a year - a sum that will go towards fighting fraud and stopping insurance rates from increasing for everyone. Currently, insured cars are charged a $1 fee, while the proposal looks to increase that number.

The new charge has caused a stir in the state, as have new revelations of fraud from drivers. While some are looking to profit off of unsuspecting drivers, others are simply trying to avoid paying for insurance.

High insurance rates
The ongoing fraud is likely a result of high car insurance rates in the state - which will increase in the short term if the proposal is accepted.

"We have to fund through our insurance, catastrophic funds and uninsured motorists funds to the state and there's also many other costs associated with it," said Michigan Secretary of State Ruth Johnson, according to NBC affiliate WILX in Lansing. "Simply not fair."

Fraudulent claims have increased insurance rates for Michigan drivers by as much as $220 million, according to Secretary Johnson. This is on top of a report that labeled Michigan as having the highest insurance rates in the country - $2,100 on average, according to USA Today. In Detroit, prices are 165 percent above the national average.

If the proposal is approved by the Michigan legislature and signed into law by the governor, then its effectiveness could lead to lower rates in the future. However, insurance costs are likely to continue to rise until the level of fraud is decreased dramatically.

Roughly 10,000 license plates were suspended in 2013 because they were linked to fake insurance companies, according to MLive Media Group.