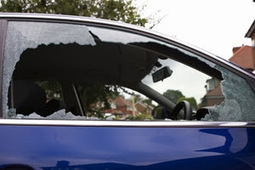 Leaving an unattended animal in a confined vehicle during intense heat waves can seriously harm or even kill the animal. According to the National Oceanic and Atmospheric Administration, untold numbers of pets die in vehicles due to hyperthermia, when the body absorbs more heat than it can handle. Car owners should be wary of leaving their pets unattended even for a short period of time or in mild weather. The American Veterinary Medical Foundation reported on data from the Department of Geosciences at San Francisco State University that showed even if is 70 degrees Fahrenheit outside the car, the estimated vehicle interior air temperature will rise to 89 degrees after 10 minutes and steadily increase to reach 115 degrees after an hour. Similarly, if the outside temperature is 95 degrees, the internal temperature can rise to 140 degrees. These temperatures are clearly not sustainable for an animal to be left in.

Humane remedies to the situation
In an effort to combat this problem, many states have options for protecting animals trapped in cars, but not all of them. According to the Animal Legal and Historical Center based at the University of Michigan, only 16 states have laws on the books that directly prohibit leaving an animal unattended in a confined vehicle. In most instances, these laws are misdemeanors that carry a minimal monetary fine. In addition, a handful of states also provide a measure for law enforcement officers, emergency responders or a local or state public safety officer to remove unattended animals from the confined vehicles. Most of these allow for the use of any means necessary to protect the endangered animals, however the actions must be carried out by a legal authority.

However, a new law aims to change who is capable of effectively saving these animals. Tennessee recently passed a new measure that gives individuals the right to smash a window in a car to save a pet that has been locked in the vehicle, especially in times of extreme temperatures. According to Tennessee House Bill 537, a person who acts within the allotments described in the bill "shall be immune from civil liability for any damage resulting from the forcible entry of a motor vehicle for the purpose of removing a minor or an animal from the vehicle."

What constitutes proper conduct
The new law has strict standards for allowing this act, and it does not automatically allow individuals to randomly smash a person's car windows. According to the statute's language, the vehicle needs to be locked with no other reasonable means for the animal to get out and the person has to have a good faith belief that the only option for saving said animal from imminent danger or harm is to forcibly enter the vehicle to remove the animal. In addition, before the individual can commence with removal, he or she needs to contact the appropriate law enforcement agency, fire department or 911 operator. Following the successful liberation of the imprisoned animal, the rescuer also needs to leave behind his or her contact information and the reason for the forced entrance into the vehicle, while remaining reasonably close to the vehicle until the appropriate safety officers arrive.

Provided the individual follows all of these requirements, he or she will remain immune to any civil liability that may have otherwise resulted from the damage of the vehicle. This alleviates any worries an individual might have over the repercussions for attempting to save another living creature. Since the rescuer is immune from prosecution, chances are it will greatly affect the auto insurance premium if someone needs to smash in a window to save a pet.