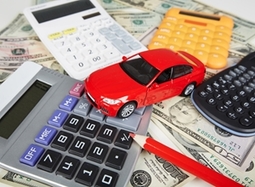 The National Association of Insurance Commissioners recently released their 2011/2012 Auto Insurance Database Report, the latest year that data is available. The report is designed to provide insurance regulators, consumers and legislators with the average costs associated with personal automobile insurance nationwide by showcasing its state-by-state data. In addition to the average amount drivers paid for mandatory liability insurance, the report also included data regarding the costs of optional collision and comprehensive policies.

Researchers found that residents of the Garden State paid $1,220 a year on average for their car insurance policies in 2012. Washington D.C. came in second at $1,155, with New York in a close third at $1,155. Meanwhile, drivers residing in Idaho paid the least amount of money for insurance, averaging $535 per person a year.

The national average for policyholders comes out at $815, placing New Jersey's average about 49 percent higher than the norm. The optional collision and comprehensive policies notwithstanding, the state's average for mandatory liability is $861, which is still the most expensive in the country.

Reasons for high costs
Several reasons exist for why New Jersey residents pay such a higher premium compared to other states. According to Marshall McKnight, the New Jersey State Banking and Insurance spokesman, 70 percent of New Jersey drivers carry the maximum personal injury protection, which is above and beyond what is required by the state, NJ.com reported. This percentage is third, behind New New York and Michigan.

In addition to motorists opting to purchase the highest available coverage, there are more insured drivers in a compact, urban geographic space. In addition to Rhode Island and Washington, D.C., New Jersey makes up one of three states where 100 percent of the population lives in a metropolitan area, while only 65.6 percent of Idaho residents do.

"We are one of the most densely populated states in the nation," McKnight said. "So there are more cars and more accidents."

Another key factor in pushing up the state's rates was the millions of miles driven per mile of roadway. This higher this statistic, which tracks how many times an individual drives over a mile's stretch of roadway, the higher the risk of potential traffic accidents. New Jersey ranked third in this category at 1.89, while Idaho came in at 0.34.

The NAIC was quick to point out their report did not include dividends refunded to policyholders for excess charges in a premium. This put a dent in New Jersey's ranking since it paid 2 to 4 times the national average in dividends to policyholders.