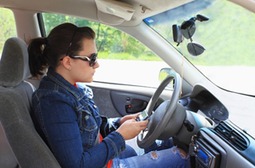 In the fast-moving world of modern technology, it can be tough to keep up with the Joneses, especially when that technology will drive by without you even noticing.

Debuted at the LA Auto Show, the DAR-V is not the typical luxury car that men drool over. Instead, it is admired for its brains. While lacking sex appeal in comparison to a Ferrari, the DAR-V is more like a friendly robot than a car.

The DAR-V has many smart technological advances that pop up before you even get in the car. Like a sixth sense, it knows when you are approaching the vehicle and turns the driver's side second-row window into a screen that displays driving information such as traffic, weather updates and your schedule and appointments. Much like a helpful assistant, the DAR-V aims to make driving a breeze.

Microsoft partnered with Toyota to develop the car's features, which also include the ability to distinguish between different drivers. To be honest, it could be strange to have your schedule and personal data pop up on the side of your car, but Toyota views it differently. In an effort to crack down on distracted driving, the DAR-V allows drivers to focus on their route and avoid potential obstacles or delays to get where they are going safely and timely. The pop-up screen gives drivers more of a mental attitude that is intended to increase effectiveness on the road.

The point of the screen being outside the vehicle is to focus a person before they even step foot in the car and get on the road. Too many times, drivers have gotten into their car and caused an accident by distracted driving. In fact, 421,000 people were injured in 2012 from an accident involving a distracted driver, according to distraction.gov.

While there are several simple ways to cut distractions while driving, newer technologies might be the answer the car industry is looking for. In addition to providing drivers with a way of settling and focusing before they even start the car, the DAR-V has enhanced safety features to protect its passengers in the event of a crash.

For drivers of regular vehicles, it is important to remember to turn off all distractions and keep auto insurance up to date in the case of an accident.