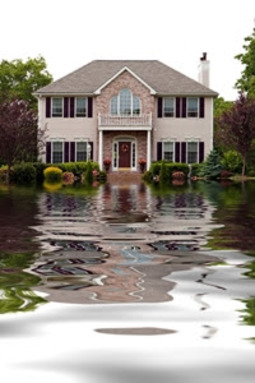 It seems as though the weather becomes wilder and storms increase in fury with each passing year. In light of several devastating storms over the past few years, home insurance carriers were set to raise premiums for additional flood coverage even further. The change in price would have been the difference of several thousand dollars for some Americans.

The House of Representatives passed the Homeowner Flood Insurance Affordability Act, which will prevent flood insurance rates from rising significantly. The bill will limit annual increases to a policy with the National Flood Insurance Program to no more than 18 percent. Before the bill was passed, homeowners were facing at least a tenfold rise in rates. Lawmakers positioned in Gulf Coast states were among the biggest advocates for the affordability bill.

In addition to establishing an 18 percent cap on yearly premium increases, the bill put forth an affordability target for the Federal Emergency Management Agency to reduce the cost of flood insurance to 1 percent of a property's total coverage amount.

In 2012, members of Congress intended to cut the $24 billion debt from the National Flood Insurance Program but left the burden on the backs of homeowners. This meant that millions would face steep price spikes in regions that are prone to flooding, as their policies were priced to show the true cost of living in a high-risk area.

The 2012 decision was an indirect result of the rise of insurance claims after Hurricane Katrina in 2005. Following the decision, Superstorm Sandy hit the East and set off another high-volume increase in insurance claims. The result of the storm was a sharp hike in flood insurance prices that might have forced some residents to sell their property. In turn, the unaffordable flood insurance rates could potentially impact property values in cities like New Orleans.

What is flood insurance?
While lawmakers have voted to provide relief to constituents on premium rates for flood insurance, millions of Americans in low-risk areas may not have any coverage or be aware that their regular homeowners insurance policy does not include the dangers of flooding. However, flooding in a home can be one of the most expensive and damaging events for a homeowner.

Flood insurance typically provides coverage for damage to a person's home and their personal property. Homeowners in certain areas may participate in the National Flood Insurance Program, which is intended to provide affordable coverage options. Homeowners in high-risk areas are usually required to purchase flood insurance. While some regions are more prone to flooding than others, it could happen virtually anywhere.

Getting flood insurance is also a good idea if you aren't a homeowner but have renters insurance. Your regular policy will likely cover you in the case of theft, fire or some extreme weather, but this typically doesn't include flooding. If you think you don't need to coverage, consider all your possessions and whether you would be able to replace them on your own.