New Cars And Trucks Displayed At The Texas Fair 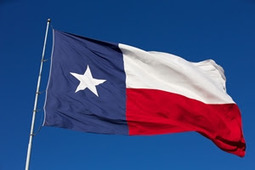 The Texas Fair is underway and any car lovers nearby should make the journey to the see the auto show. The showroom floor is littered with new and exciting trucks and cars, even some models consumers have never seen before, according to the Houston Chronicle.

The need for speed
If you're looking for something fast, Nissan's 2015 370, the 2015 Camaro 2SS coupe, Dodge's Challenger SRT and the 2014 Corvette Stringray are all on display. These sleek vehicles stand out next to the many trucks manufacturers have brought to the fair.

The stars of the show
The trucks at the fair are really what are bringing people in. Many of the manufacturers are bragging about their vehicles' fuel economy and state-of-the-art technology, like Ford's 350 degree cameras that enable hands-free parallel parking in 2015 F-150s, according to San Antonio Express-News.

In fact, the Big Three - GM, Ford and Chrysler - are hoping the fair will highlight their vehicles and take away some sales from Toyota and Nissan, which have a large market​ share for midsize trucks.

GM is focusing on its 2015 Chevy Colorado and GMC Canyon. These new pickups are supposed to have fuel-economy ratings up to 5 miles per gallon higher than the Toyota Tacoma and Nissan Frontier. The plan may be working because dealers have pre-ordered 30,000 Colorados, according to John Fitzpatrick, senior marketing manager for Chevy, according to Express-News.

"This is a game-changer for the (midsize) truck market," said Fitzpatrick.

Toyota and Nissan aren't backing down from the challenge. Toyota chose to unveil its Bass Pro Shops off-road edition for its fullsize Tundra pickup.

For the fun of it
There's something to see for everyone at the auto show, even if you aren't into cars. Chevrolet's Sonic Boom concept has a 4,000 watt sound system based on the design of jet engines. It's a unique system and look you should see in person.

​Consumers wanting a not-too-big SUV should look into the 2015 Jeep Renegade, which made its debut at the auto show. It's the brand's first small SUV and consumers can go check it out now before it hits dealerships in the beginning of next year.

If you decide to invest in one of these newer models in the next year or so, don't forget to update your auto insurance policy. Or better yet, use Coverhound to shop around for the best price. A new car or truck deserves the best policy you can afford.