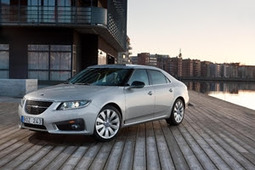 In 2012, China-based auto manufacturer National Electric Vehicle Sweden (NEVS) purchased the Saab brand after Saab filed for bankruptcy. Now, NEVS has run out of cash to pay its suppliers, filed for bankruptcy and lost the right to use the Saab name, according to The Wall Street Journal. Saab AB is part of the consortium that controls the Saab brand and revoked NEVS​' ability to use the name on its vehicles.

NEV has been granted bankruptcy protection and is currently working with investors to raise money and restart production, Motor Trends reported. The manufacturer stated it has a good relationship with Saab AB and it expects the brand issue to be resolved soon.

The company has informed the bankruptcy court that its new owner, National Modern Energy Holdings Ltd., will provide funds for its planned company reconstruction, which includes transferring Saab vehicle manufacturing equipment and staff to a new subsidiary and selling a portion of the company to a large Asia-based auto company, according to The Wall Street Journal.

The new money and bankruptcy issues are just one part of a long struggle to keep the Saab name going. If you currently own a Saab, don't worry too much about the news. It won't affect your current vehicle or car insurance. However, if you were hoping to purchase a Saab in the future, your chance may have dwindled a little bit.

If you have a Saab right now, check that your vehicle isn't part of a recent recall. Earlier this summer, General Motors - a previous maker of Saab vehicles - recalled close to 300,000 Saab 9-3 convertibles in the U.S. for a seat belt issue, according to Auto News. If your car is one of the 2004 to 2011 model years affected by the defect, which is a seat belt that won't retract, take it to a dealership or mechanic to have it fixed.