Navdy Billed As The Next Big Device For Interactive Cars 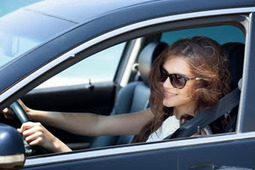 A new tech device called Navdy is making waves as the company announced it raised $6.5 million in seed funding with $2.4 million worth of pre-orders, according to TechCrunch.

The fast start is due to the potential impact the hardware can have on future driving. With partnerships with Lightbank, Mesa+, Ludow Ventures and others, many investors are hoping Navdy will be a breakthrough in interactive automotive technology. Many in the industry are billing the device as the "Google Glass for your car."

Navdy CEO Doug Simpson is using this phase to garner feedback to improve the product before it is effectively rolled out to the public. With so many pre-orders already in the bank, there seems to be a lot of confidence in how well the Navdy will perform.

"A lot of [the feedback] has been around what applications people want to see on the device, what navigation apps they prefer," said Simpson, according to TechCrunch. "So in Europe, for example, adding navigation that has offline maps for avoiding roaming fees as people travel from country to country is important. Also, we're hearing that people really want this device to be the center of everything they do in the car."

How it works
Navdy interacts with your phone by providing a display for all of your texts, maps and conversations to appear while you're driving, according to The Next Web. The system will sit on your dashboard and allows you to talk and respond to your phone without using your hands.

Messages from your phone will project onto the display and can be controlled by motioning your hands and talking directly to the device. Navdy can also read messages aloud.

Other versions of the technology have appeared in some cars, though similar ideas have been used for years in airplanes and personal devices, like Google Glass.

"The automotive industry has kind of already paved the way for us," said Simpson, according to Entrepreneur. "Head-Up Displays are used in all commercial airplanes to help the pilot keep their eyes on the runway, and between 2010 and 2013 there were 4 million head-up displays sold in new cars, and there hasn't been any regulatory pushback that we're aware of."

The Navdy display will likely sell for $499, though it can be pre-ordered for $299, according to Entrepreneur. With the ability to decrease texting-and-driving rates and other road-related distractions, Navdy could cut down on accidents, which, in turn, will likely affect car insurance rates.