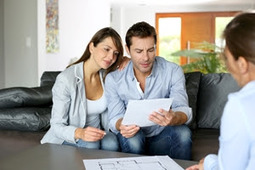 The housing market continues to show signs of growth as the spring buying season is officially underway. With that being said, mortgage rates were relatively flat at the beginning of April, providing further encouragements for buyers.

"Mortgage rates were little changed amid a week of light economic reports," said Frank Nothaft, vice president and chief economist at Freddie Mac. "Of the few releases, real GDP was revised up slightly to 2.6 percent growth in the fourth quarter of 2013. The private sector added an estimated 191,000 jobs in March, which followed an upward revision of 39,000 jobs in February according to the ADP Research Institute. Also, the Institute for Supply Management reported the manufacturing industry rebounded from a soft February but was still below market consensus."

Those assessing mortgage options also should consider insurance Like shopping for a lender, it's best to shop around when looking for a mortgage. Utilizing comparison tools is a surefire way to get the ideal coverage at the best price.

When shopping for anything, consumers benefit from comprehensive comparisons. Depending on the region or the house itself, prices from different insurance providers will vary. That means consumers must compare to get the best deal on home insurance. Tools will take into account various features with a home that determine insurance rates - if the home has an alarm system or a pool - and will likely save a homebuyer time and money.