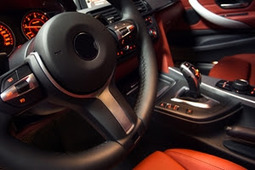 Usage-based auto insurance is becoming more popular with American drivers, according to a Tower Watson survey.

The number of people with usage-based insurance has doubled in 17 months, and the numbers look to keep growing. Seventy-nine percent of the 1,000 drivers polled said they would be open to switching to this type of plan, while 88 percent they would switch if it was guaranteed not to raise their car insurance rates.

How does usage-based auto insurance work?
Usage-based insurance, or UBI, is based on a new technology called telematics. Telematics can measure how much you use your car, using various indexes, including speed, braking distance and how hard you turn around corners.

A small device is plugged into your car and data is compiled every time you drive. Your location and length of travel are also measured. Insurance companies then receive the numbers and can adjust your monthly auto insurance rates based on how safely you drive.

How does UBI affect rates?
Safe drivers see a decrease in rates, while riskier drivers will see an increase. If you routinely brake too hard or go over the speed limit, then the insurance company is going to deem you less safe. Then, your insurance rates will increase in order to cover the costs of potential damages that can be incurred from risky driving. This type of system provides an incentive for drivers and insurers to drive safely and keep rates low.

Could UBI be the way of the future?
"Clearly, UBI continues to gain steam in the marketplace, and our survey results support this trend," said Tower Watson's Robin Harbage. "Today, all 50 states have four or more personal UBI auto programs implemented."

While the trend may continue, some drivers are hesitant to have insurance companies track their every move in the car. Others are unsure whether their driving habits would warrant higher or lower insurance premiums, preferring to just stick with traditional car insurance. Forty-eight percent are afraid of higher monthly insurance rates if they switched to UBI. However, consumer issues with UBI appear to shifting.

"The high level of interest and decreasing consumer concerns suggest the UBI value proposition is resonating with customers," said Harbage. "They are becoming more and more familiar with UBI, and like what they see. They are learning UBI can offer many benefits, including lower monthly premiums, which outweigh their privacy concerns."