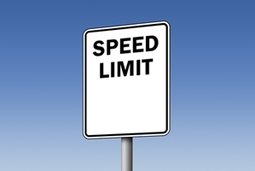 Rep. Mike Miller, R-Helena, is one of four lawmakers proposing a change. He told the Standard many nearby states safely raised their speed limits to 80 mph.

"Utah, Wyoming and Idaho have all done it," said Miller. "Nevada is looking at it, too. I didn't see any problems in the other states."

If Montana raised its maximum limit to 85 mph, it would match Texas for having the highest speed limit in the nation.

Some are concerned about safety implications of higher speed limits. Montana Highway Patrol Chief Col. Tom Butler stated he has not seen any of the proposed bills to comment on them, but the faster people drive, the less time they have to stop or respond to a potential accident. He added that no matter what, the state would have safety in mind, the Standard reported.

"Our overall goal is to keep everyone in one piece and get them up safe," Butler said. "Most crashes are a whole lot of little things that come together and become one big thing."

What this means for residents
People who live in Montana or drive through the state may be excited about a speed limit hike. Speeding tickets and other moving violations not only hurt the wallet directly, they can lead to increased auto insurance premiums.

One speeding ticket probably won't affect a person's auto insurance coverage or cost, but two or more is likely going to influence the price tag, the Department of Motor Vehicles advised. Additionally, the extent of the driver's speeding may matter as well.

Each insurer will have its own rules and measures for how a moving violation influences its risk and the customers' premiums. Some businesses will raise premiums for a specific period of time, as long as the driver doesn't receive any more tickets in that time. Others will look at whether the driver was 5, 10 or 15 mph over the speed limit and decide on the consequences based on that - the faster the speed, the more costly the consequence usually.

Drivers should also be aware a speeding ticket in one state can affect them in another. Many states share information, so if the drivers live in a different state than where the ticket was issued, the home state may find out anyway. The ticket will likely be on their driving record and could affect their auto insurance.