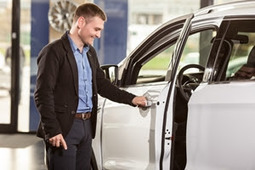 A new app called Metromile is a one-stop shop for drivers looking to get real-time car insurance. Metromile works as an in-car data system that is able to determine how much you should pay for auto insurance based on your driving, according to CNBC.

By simply installing a device in your car, Metromile connects you with its computer systems, which then monitor your driving, including location, health of your car and mileage. With this information, Metromile then provides you with an insurance policy that best fits your needs. The company not only estimates the money you should spend, but also allows you to purchase insurance through them - underwritten by National General Insurance.

On average, people have saved roughly $500 a year, according to CNBC. If you are unsure about the services, Metromile allows you to install the device free of charge and still use the app on your phone.

Room for growth
The company raised over $14 million in its venture capital stage, according to Bloomberg Businessweek. Metromile currently operates in Washington, Illinois, California and Oregon.

Because the company allows you a personalized insurance plan, many drivers are starting to catch on. City drivers in particular drive less, but still pay high insurance rates. This dilemma has led to a low level of satisfaction for customers.

That's why Metromile has stuck to a simple approach: "Your insurance premium should be based on exactly how much you drive," according to Bloomberg Businessweek. "The more miles you put on your car, the more you pay, because the odds are higher you'll have a claim. Drive less, pay less."

Metromile already has plans to expand its business into New York and a few other states in the near future. The company has done well in large metro areas, as customers tend to be younger. More drivers convert to Metromile because of high insurance rates related to city driving and youth - something the company is looking to exploit.

Metromile started out offering its service to Chicago and San Francisco and is expecting to be a hit in New York City because of its population density and high cost of living.

The device can be plugged into your dashboard and is able to connect you with roadside assistance, 24-hour service and engine diagnostics, according to the company's website.