Massachusetts Motorcycle Riders To Get Refunds For Overcharged Premiums 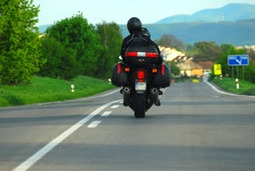 Motorcycle owners in Massachusetts will be seeing their wallets get a little fatter, as the Commerce Insurance Company will be giving out a refund of $14.6 million after overcharging riders for their premiums. This is not an isolated issue, as the Massachusetts attorney general's office has been investigating motorcycle insurance polices for the last four years. Since 2010, the state has secured $57.4 million in refunds.

The issue with Commence deals with the organization overvaluing motorcycles and not factoring in their depreciating value, according to Attorney General Martha Coakley.

"Our extensive investigation into these insurance companies has resulted in the return of millions of dollars to thousands of Massachusetts motorcycle owners," Coakley said. "Identifying these troubling overcharges continues to underscore the need for transparency in auto insurance rating practices, and we are pleased to have facilitated refunds for consumers statewide."

Commerce, the largest automobile insurer in the state, will be delivering refunds to more than 40,000 motorcycle riders. The refunds will range from $50 to $12,000 per person, with the average amount being $360. More than 150,000 bike owners, including the ones from the Commerce case, have received refunds for being overcharged since the investigation was opened.

This investigation has been ongoing since 2010 and began after a complaint from a rider who said he was being overcharged for his 1999 Harley-Davidson Road King Classic. The Boston Globe reported that the rider paid $1,500 in insurance premiums over a five year period. The Webster-based insurance company changed its business practices in 2005 to comply with new rating procedures, but some overcharging also occurred after these new policies went into effect in 2006.

Springfield, Massachusetts, ABC affiliate WGGB reported that between 2002 and 2011, Commerce was overcharging its customers.

Doc D'Errico, vice chairman of the Massachusetts Motorcycle Association, told the Globe that motorcycle insurance is a small portion of Commerce's insurance business, and the company may not be giving this sector the attention it needs, which has caused mistakes like this to slip through.

For riders that need to save money and find dependable motorcycle insurance, they can use a number of resources to find affordable rates. Riders can compare multiple insurance quotes by visiting Coverhound.com, where they can input their bike value and zip code to get a few rates to choose from.