Lyft to put hold on launch of New York service 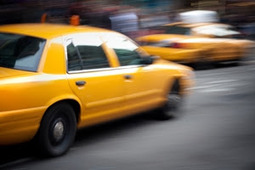 New York and Lyft Inc. have been at odds recently, as New York Attorney General Eric Schneiderman has been trying to stop the launch of the car-sharing business in the state. Lyft is similar to a cab service. Users can open up their smartphones to call a car that is in the area. However, the drivers aren't licensed cab drivers. Lyft employees are instead normal drivers who help out people who need a ride for a "suggested donation", according to Lyft, per the Wall Street Journal.

The issues the state has with the company is that the drivers are simply a livery service and are not regulated, unlike cab services. The attorney general's office maintains that the company has not met state and local regulations and auto insurance laws. Plus, the state said the drivers don't hold commercial licenses or conduct vehicle safety inspections, which was explained in a complaint filed July 11.

The main grievance of the is that the Lyft drivers are not licensed with the New York City Taxi and Limousine Commission and lack commercial insurance. The TLC believes that this is a safety danger and want to make sure drivers are cautious on the road.

Lyft maintains it has not violated these laws and provides insurance documents of its drivers when they are requested. For now, Lyft is working with the attorney general's office and has suspended its launch.

"We will meet with the [New York City Taxi and Limousine Commission] ... to work on a new version of Lyft that is fully-licensed by the TLC, and we will launch immediately upon the TLC's approval," a statement from Lyft read. "This is a positive step forward and a good demonstration of compromise in balancing innovation with government regulation."