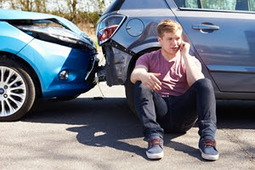 A man in New Jersey was convicted of insurance fraud after he reported $130,000 worth of luxury cars stolen, when in fact he had shipped them to China for payment, according to Insurance Business America.

The scheme enabled the man to profit twice from each car, once from the buyer and then from the insurance company as well. The first time the crime was committed, he was granted $70,000 by his insurance provider for the alleged theft of a Porsche.

The issue of luxury car insurance fraud is not as uncommon as many may think. In May 2014, 41 people were caught fraudulently submitting insurance claims in Pennsylvania, according to the Insurance Journal. The total payout from insurers was over $2.3 million. The fraud was run out of a mechanic's shop and collisions between luxury cars would be staged.

The owner of the shop would buy BMWs and Corvettes and crash them into his own parked cars, then use the insurance money to make his monthly car payments. The staged scenes even included fake grass, blood and professional photography.

Staging car wrecks
Deliberately crashing cars is one of the most common forms of insurance fraud, according to Fox Business. The schemes can be quite lucrative with regulators typically not catching on for years.

Luxury cars in particular are much more expensive and are usually accompanied with a higher payouts because replacing high-end equipment is not always easy. There are several other types of staged accidents that many insurance companies come across, including lying about the cause of damage. Many scam artists will say their vehicles were hit by deer or they may even further damage their car on purpose after an accident to make the claim greater.