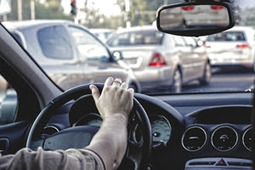 A new report from Consumer Federation of America found auto insurance is costly and possibly prohibitive for low-income drivers, even when they have safe driving records. The study looked at 50 regions that had insurance policies from Allstate, Farmers, GEICO, Progressive and State Farm available to them. CFA used set driver profiles to search for rate quotes from these providers in the various areas.

A majority of low-income households own a car, which means in addition to loan payments, gas and maintenance, these families have to budget and scrimp to afford mandatory insurance coverage. A $500 policy takes up a larger percentage of a smaller annual income and can be a challenge to pay, The Washington Post pointed out.

Some factors may lead to higher rates
Auto insurance rates will change depending on the risk the insurance company faces, including the crime rate in the area, which will likely boost rates. A lack of or a poor credit history can also lead to higher rates. Additionally, previous CFA studies have found some insurers use education and occupation factors, which can further disadvantage low-income drivers, Consumer Affairs reported.

Insurance industry's response
Following CFA's report, Allstate and Farmers deferred all questions regarding insurance rates to the Insurance Information Institute, while State Farm, GEICO and Progressive did not respond.

"Insurers offer policies at a price that reflect the risks of every given area and every category of driver," said Robert Hartwig, president of the III. "If the driver fits the risk characteristics that would produce the lowest possible premium, then that driver will likely be offered that premium."

Hartwig also attempted to deflect the issue of high-cost auto insurance by maintaining auto insurance costs have fallen between 2008 and 2012, the Post stated.

What can be done,br> The CFA urges federal and state regulators to examine the cost of legally required auto insurance, particularly for low-income Americans, who may be charged higher rates even with steady incomes and clean driving records.