Lightweight Cars Are The Future 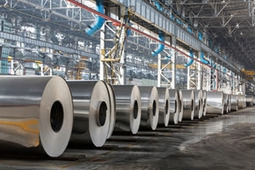 With growing demand for better gas mileage, manufacturers have been pushing to lighten the traditional materials used in vehicle construction. The Longview News Journal published a news release that hinted carbon fiber roofs, plastic windshields and aluminum foam bumpers could be the next big thing in auto manufacturing technology. By 2025, according to the Journal, the government standard for gas mileage will reach 45 mpg. In order to meet this standard, cars will have to lose a lot of weight.

Just because producers will be using lighter materials doesn't mean the cars will be any less safe, however. Crash tests conducted on vehicles with lighter construction have been positive so far. Your own car might even have some aluminum construction already - roughly 30 percent of new cars have aluminum hoods, which have proven to hold up as well as steel upon impact. In order to maintain vehicle safety, the news release stated that some manufacturers have partnered with airplane producers, who have already begun developing lightweight and durable materials.

Consumers should expect to see lightweight materials more frequently in the next few years. Ford already released its 2015 Fusion, which is roughly 800 pounds lighter than previous years' models. The 2015 F-150, slated for release later this year, boasts a bed and body made of high-strength aluminum alloy, weighing around 700 pounds less than previous models, according to Ford's website.

Lighter, more efficient vehicles have been coming to the forefront of the auto industry for the past few years and will be even more popular in the near future. With better manufacturing, lighter materials and hybrid technologies, vehicles are more energy-efficient than ever. This is good news for consumers, even though these vehicles may come with a higher price tag. The potential savings in more fuel-efficient vehicles may offset the price of auto insurance and the additional costs of owning the vehicle.