Is Your Car Hackable? 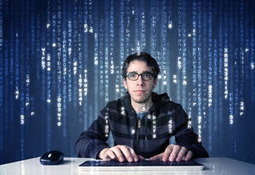 Some professionals warn the smarter cars become, the more likely they are to be hacked - which presents a risk to driver and passenger safety. But, there are two sides to the car hacking story. On the other end of the spectrum, professionals in the auto industry say the risk isn't as high as you might think.

No matter where your thoughts fall, hackability may become part of your car-buying decision and could affect auto insurance prices in the future.

Last month, CNN Money reported it had discovered the most hackable vehicles on the market. According to security researchers Charlie Miller and Chris Valasek, the 2014 Jeep Cherokee, 2015 Cadillac Escalade and 2014 Toyota Prius were the top three cars most vulnerable to security issues.

Miller and Valasek didn't actually hack any of the cars, instead they analyzed the technical configuration of each vehicle and measured the level of risk. In the Jeep and Escalade, the Bluetooth and telematic features are on the same network that controls the engine, steering, brakes and tire pressure monitoring. For the Prius, the Bluetooth shares a network with steering, brakes and tire pressure monitoring. This means if hackers remotely worked their way into this network, they could control the steering and brakes of the car.

The safest and least hackable cars were the 2014 Dodge Viper and 2014 Audi A8. The Audi is less vulnerable because it keeps many of its features on different networks and the Viper is safer because it uses fewer computer-based functions.

A different perspective
An engineer who works at an engine development consulting firm believes the risk of hacking cars has been overhyped, The Atlantic reported. According to the anonymous engineer, the methods described in papers and reports are crude attacks used to test if hackers can cause trouble in the vehicles. However, more sophisticated attacks that would reprogram parts of vehicle are much more difficult to achieve; particularly because many of the modules have failsafe mechanisms to detect if an incorrect signal is being given to the car. Therefore, a hacker trying to reprogram the car to go faster or slow down would have to pass this failsafe.

While the real risk may sound greater than it actually is, the engineer agrees it's a good idea for auto manufacturers to take security into account when creating future models.