Is Your Car At Risk For Being Stolen? 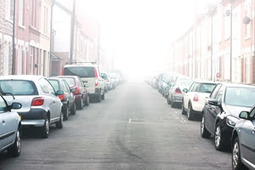 It's a troubling fact in life that no matter how careful you are, it's possible for your car to be stolen. In fact, every 44 seconds a car is stolen in the United States. To help you prepare for the worst case scenario, the National Insurance Crime Bureau calculated the top 10 most stolen vehicles of 2013, and they may not be what you expect:

As you can see, the list includes many common cars and not necessarily high-end vehicles like Corvettes or Mercedes-Benz. Older top-selling cars are more likely to be stolen than new cars, according to Forbes, and are taken to "chop-shops" where they're disassembled quickly and sold piece by piece.

Should you be worried?
If you have one of these vehicles, you don't have to assume it'll be stolen. The risk of your car being taken depends on numerous factors including the rate of vehicle thefts in your area, whether the car is locked and whether other preventative measures have been put in place.

You can also take comfort in the fact that vehicle thefts have been decreasing over time, according to the NICB. The number of cars stolen since 1991 has dropped more than 50 percent, and preliminary findings show thefts fell 3.2 percent between 2012 and 2013.

Reduce your risk
If you're concerned about the safety of your vehicle, the NHTSA urges you to take certain simple measures including: never leaving your keys in the car, closing and locking all doors and windows when you aren't in the vehicle, parking in well-lit or secure areas and never leaving valuable items in sight.

You can also take a more proactive approach and buy a steering-wheel lock, often called a club, according to Forbes. It's inexpensive, easy to use and will deter a thief who is trying to take a car as quickly as possible. You can install an ignition kill switch or fuel cutoff device in a secret location in the car. These devices make it difficult for a thief to start the car. Additionally, you can have the vehicle identification number etched onto the major parts of your car, which makes it harder for chop-shops to sell the items.

If you install a GPS tracking device in your car, you'll be able to monitor your vehicle from your smartphone and help locate the vehicle if it's stolen.

Make sure you have a good auto insurance policy, as well, to get you back on the road as soon as possible if your car is stolen.