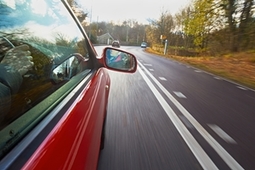 As states begin to adopt new laws regarding auto insurance coverage of ridesharing services like Uber and Lyft, traditional cab companies are hoping the playing field will level out. Time Magazine noted it's difficult for taxis to compete against new ridesharing startups because the insurance qualifications are different.

Because many Uber and Lyft drivers still use personal insurance, their premiums are cheaper. However, cab drivers are forced to purchase commercial insurance, which is much more expensive, thus cutting into profits.

Recent changes have aimed to fix this system, however, as Forbes indicated many ridesharing drivers are still not buying commercial insurance. Instead, drivers have been lying to their insurance companies so they can continue using personal insurance to cover damages.

Drivers have been known to lie about their jobs and sources of income to prove to insurers that commercial coverage is not necessary. This type of activity only creates more confusion and heightens the chance of enormous claims and potentially dangerous driving habits.

"I'd guess that 95-98 percent of drivers are lying or hiding," said San Francisco UberX and Lyft driver Kelly Dessaint, according to Forbes. "It's a whistling-past-the-graveyard attitude."

Responding to critics
If an accident were to occur, and a driver had only personal insurance, the insurance company would not be liable to pay anything because the operator of the vehicle was engaged in commercial activity.

This puts every passenger in these vehicles at risk and has the potential to bankrupt drivers as well due to medical expenses and lawsuits. However, NBC Chicago affiliate WMAQ noted ridesharing companies say safety is one of their main focuses.

"Our insurance policy is in excess to the driver's own policy, but it acts as primary insurance if the driver's policy is not available for any reason, covering from the first dollar," said an UberX spokeswoman, according to WMAQ. "We have provided this coverage since commencing ridesharing in 2013."

Even if a driver is fully insured as he or she is supposed to be under the law, ridesharing companies design their packages in a way that minimizes risks and costs for the business. If the car is not in motion, then personal insurance can be used. When the car is occupied, then both personal and liability coverage is used. And finally, when a passenger is picked up and a trip begins, commercial insurance kicks in, according to Forbes.

This complex model for insurance continues to raise questions in the minds of competitors, public officials and insurance companies.

CoverHound can help you find the right car insurance.