How Technology Will Change The Way We Drive 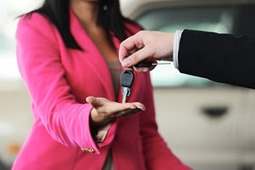 By now you've probably heard about vehicles that can drive themselves. What was once something that seemed out of the Jetsons could soon be a reality. Technology is quickly being developed to make cars more autonomous. Some of these features, such as lane assist and parking assistance, have already been integrated into some vehicles. One software technology that will help drive the auto industry toward autonomous vehicles is MobilEye.

According to The Street, MobilEye is designing the first technologies that will enable vehicles to be autonomous at highway speeds. Two auto companies are already planning to release these cars on the road by 2016. The technology combines radar, sensors, microchips and cameras to gather data and develop the ability to drive hands-free. So far, MobilEye already has automakers BMW, Audi, Jaguar, Land Rover, Tesla, Ford, Honda and Nissan as customers for its technology, according to The Street. Drivers can expect to start seeing MobilEye technology over the next few years.

It is not yet known exactly how autonomous cars will change auto insurance, but if these vehicles can reduce the risk of getting into an accident and create safer roads, it is likely that drivers could see their rates drop. However, the U.S. is still years away from seeing autonomous cars on the mainstream market.

Technology has changed other aspects of the auto industry, as well, including the buying process. These days, anyone with Internet access can view car prices online and compare quotes. This arms consumers with the knowledge they need to make informed decisions when making a major purchase like a car. Similarly, car insurance providers can easily be compared online, giving drivers the best options for an affordable price.