How Insurance Fraud Impacts Your Insurance 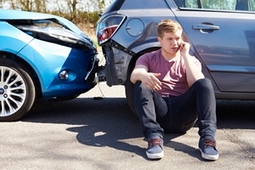 Georgia Insurance Commissioner Ralph Hudgens recently charged seven suspects with one count of felony insurance fraud. According to the Georgia Department of Insurance, the suspects allegedly staged an automobile accident that resulted in damages and medical bills for those involved in the act.

The Telegraph reported that in 2013 one of the suspects rented a U-Haul truck and paid for an additional accident insurance policy. Later that night, the U-Haul crashed into a 1998 BMW 325i in Macon, Georgia. Immediately following the crash, the driver of the BMW filed an insurance claim for damages and hired a lawyer to pursue a claim for the injuries she sustained in the auto collision. The three passengers in the BMW also hired lawyers for their injuries, while the two passengers riding along in the U-Haul filed claims.

After the insurance carriers for U-Haul and the BMW driver dispersed more than $8,000 in claims, they both turned over their files to the Insurance Commissioner's Office, which led to the criminal charges.

The seven suspects have all turned themselves in at the Bibb County Sheriff's office.

"Insurance fraud is a serious crime that can cost Georgians millions of dollars each year in the form of higher premiums," said Commissioner Hudgens. "I will continue to make combating fraud one of my highest priorities."

Insurance fraud ramifications
The Insurance Information Institute stated auto insurance is believed to be one of the most vulnerable types of insurance ​for fraudulent activity. Staged-accident rings such as the one described end up costing auto insurers billions of dollars annually. According to Coalition Against Insurance Fraud, excess payments to auto injury claims totaled $4.8 to $6.8 billion dollars in 2007. This type of insurance fraud involving deliberately staged auto collisions drives up premiums rates, which is why rates in New York, Florida and New Jersey rank in the highest among the country.

Bogus insurance claims impact more than the people involved. By creating unnecessary distractions for state fraud bureaus, law enforcement agencies and legal systems, these scams divert valuable public resources that could otherwise be used on more pressing matters. Perhaps worst of all is that no matter how "staged" an accident my seem, colliding two massive moving objects doesn't always play out as planned. Innocent bystanders are often pulled into scammers' devastating wake, resulting in even more damages, injuries and sometimes even death.

Fighting back against fraud
Although about half of the insurance companies that responded to a recent Coalition Against Insurance Fraud survey reported a rise in suspicious activity over the past three years, they are fighting back. A staggering 95 percent of insurers stated they employ anti-fraud technology and bolster their technical solutions by utilizing automated red flags/business rules, link analysis, predictive modeling and text mining.

"An anti-fraud strategy that includes the right mix of tools and technologies will result in a much higher fraud-detection rate," the study stated. "This strategy will go a long way toward cutting overall losses for an insurer."