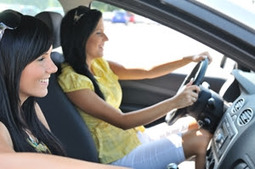 Whether you're a homeowner or own a car, you've probably already invested in an insurance policy to protect your assets. Insurance policies can save your finances in the long run, but it's likely you saw your rates increase last year. If you've had a policy for a number of years, perhaps you have noticed that the expenses tend to fluctuate annually, but recent reports have revealed that most Americans might have experienced a slight relief with moderate increases in 2013.

Auto rates rose moderately
According to a report by Perr & Knight, an insurance consulting company, auto insurance companies rose their rates 2.5 percent on average in 2013. The increase was on the lower end of the typical annual rate hike between 2 percent and 4 percent, and well below the increase of 3.7 percent seen in 2012.

Car insurance rates can rise for a number of reasons based on individual factors, such as if you get into an accident and file a claim or receive several speeding tickets over just a few months. Prices are also based on what type of car you own, how often you use it, where you park and where you live. Insurance companies tend to look at locations with greater scrutiny because they can reveal a lot about the level of risk for filing a claim from an accident or being involved with theft or vandalism.

In Michigan - where auto insurance rates are the highest and rose the most last year in the U.S. - drivers pay more to insure a vehicle because of the state's no-fault system. The system means that all insurance companies must pay the claim for policyholders in the event of an accident regardless of who was at fault. Currently, there are only 12 states with this type of insurance system. In other states, the insurance company of the driver found to be at fault typically pays. Michigan rates are also higher than other states with the no-fault system because it does not have a cap for personal injury protection benefits.