Guys Vs. Girls: Who Pays More For Car Insurance? 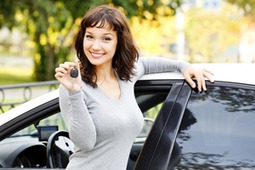 It's not a myth, women really do pay less when it comes to car insurance.

For the same policy, women tend to have lower costs to cover their vehicles. If you're a man, this may seem unfair. But in the eyes of an insurer, men are riskier policies and are more likely to make larger claims than women.

How much less do women pay?

It depends on which state you live in, but the average cost of a car insurance policy is less for a woman than a man. The gap for the same six-month policy is larger for those under the age of 25. After 25, the gap disappears somewhat, but never fully equals out.

Why do men pay more?

Studies have shown that men are riskier for insurers because they get into more accidents, but this may simply be because they drive more. Of all the miles driven, men total about 60 percent, but that figure may soon be changing. More and more women drivers are owning cars, and the question remains whether rates will change because of it. In general, women are less likely to get into an accident than men, according to several studies. In other words, men tend to drive more aggressively and are costlier to insure.

Insurers also charge less for a woman when she is the primary driver on a car because it is less likely there will be multiple drivers for the same vehicle than a policy where the man is the primary driver. No matter what gender you are, all of these considerations factor into what you pay for car insurance. The recent trends in driving show that men just tend to be riskier to insure, although the difference is not significant for the national average.