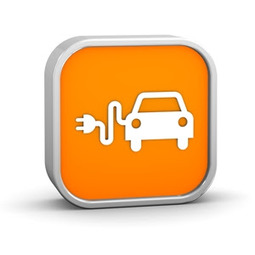 Electric car companies may have reason to worry, as sales have slumped in 2014, according to Time.

Over the past year, electric and hybrid cars captured less of the overall car market than it did in 2013, moving from 3.7 to 3.6 percent. The problem is that billions of dollars have been invested in new car technology and there appears to be less to show for it than what was expected.

By 2020, hybrid and electric cars were supposed to make up 7 percent of total car sales worldwide, according to Navigant Research. That number appears to be out of sight if recent numbers are any indication.

Even as drivers look toward new energy sources and better high-end car models are being produced every year, the sales for electric cars have slowed as overall car sales have jumped significantly. Auto sales in July were the highest they've been in over 8 years, reported Reuters.

The bright spot
Though electric car sales in general have decreased, there are a few models that have seen increases in sales in 2014, namely highly-anticipated releases.

The Nissan Leaf, which is a plug-in car, had its best sales ever in August with 3,186 cars sold, according to Time. The Leaf implemented a two-year incentive program for customers to boost sales.

Additionally, Tesla and BMW saw widespread success for their newest vehicles as stocks and sales increased for August.

The oil problem
As analysts come to terms with incorrect predictions, the oil industry has played a role in the slide of electric car sales.

"This was a market that was supposed to grow, relatively rapidly, as people embraced the new technologies and more brands began selling these models," said Jessica Caldwell of Edmunds, according to the Los Angeles Times. "That hasn't happened."

Much of the progress made by electric cars in the past few years was during a time of high gas prices. Currently, gas prices have remained fairly steady because of greater energy independence in the U.S. and increased oil drilling in shale deposits around the nation.

Drivers are less likely to pay more upfront for a new hybrid car if they can still afford a traditional vehicle that runs on oil. As the U.S. continues to be one of the largest oil producing countries in the world, the general transition to electric cars may be prolonged farther than what was previously projected.

Regardless of the car you drive, CoverHound can help with any auto insurance questions and offer fast quotes for your convenience.