Government To Use Ride-sharing To Cut Costs 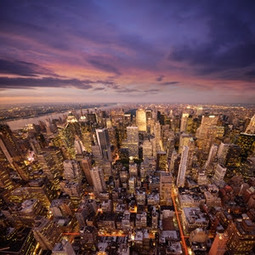 With several ride-sharing programs currently on the market, the government has decided to throw its hat in the ring as well. The reason? To lower costs.

Federal agencies have more than 200,000 vehicles at their disposal that are used by government workers, according to The Washington Post. With so many cars and trucks, the costs have become astronomical to keep up with. The civilian-managed General Services Administration operates the fleet of vehicles and estimates that annual expenses were $430 million in 2013.

Maintenance checks reveal that many vehicles have to be repaired or replaced, which comes with added costs. Not to mention, gas and auto insurance have to be paid for as well.

A testing phase is expected to begin in November with the federal government working in conjunction with several companies. Initially, government employees in big cities like Washington, D.C., Chicago, Boston and New York will be eligible for the program.

The ride-sharing services will be provided by ZipCar, CarShare, Carpingo and Hertz, according to the Post. These companies were granted contracts in August.

With workers able to hop in a Zipcar, for instance, the GSA can reduce the costs of having to use its own government vehicles. The Federal Times suggested that many workers only need a car for less than a day, sometimes an hour - the perfect target market for ride-sharing programs.

"Every day across America, families and businesses look for practical ways to save money," said GSA Administrator Dan Tangherlini, according to the Times. "GSA is doing just that with this car-sharing program that drives down costs, increases efficiency and improves operations of the government fleet program."

Will it make a difference?
The GSA estimates that the rates for ride-sharing cars would be in the range of $7 to $15 an hour, according to the Post. That rate is likely significantly less than the amount of money to keep a traditional government car running over the same time period. Workers would only have to pay for the length of time they used the vehicle and the distance they traveled.

With cheaper and more convenient access to cars, the overall expense for the government fleet should decline. Depending on how many workers take advantage of the program, its impact could be great.

The pilot program for car-sharing will be promoted and tested for a few months in the aforementioned cities to see how well the system works and whether or not the government should continue moving forward with the project.

"These pilots will tell us whether it is more cost-effective and beneficial to use car-sharing services in lieu of taxi cabs, renting, leasing and/or purchasing a vehicle," said Tom Sharpe, Commissioner of the Federal Acquisition Service, according to the Times. "That information will be a great step forward to reducing costs and the federal fleet over time."

A more manageable financial burden on the government means greater expenditures for other areas where the money could be used more efficiently in other capacities. The ride-sharing companies will also likely see an uptick in business. If the program is successful, an expansion to more areas could be in the works.