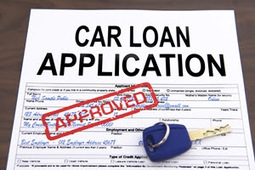 General Motor Financial, the lending portion of GM, has been issued additional subpoenas as the state and federal investigations into subprime auto lending widen, The Wall Street Journal reported. The U.S. Justice Department and Consumer Financial Protection Bureau are looking into the underwriting criteria used by lenders on auto loans.

GM received subpoenas in July because of the federal investigation and now, state attorney generals and other government offices have issued inquiries to the automaker. Florida Attorney General Pam Bondi has not issued subpoenas to the company, Bloomberg reported, but is reviewing the matter, according to Bondi's spokesperson Whitney Ray.

The vehicle manufacturer is said to be cooperating fully with all federal and state departments. In August, GM stated the investigation was into subprime lending in general, not GM's products and services specifically. The sentiment was not renewed in October and GM has begun its own investigation, the Journal reported.

Overall, delinquency rates appear to be staying low. However, auto loan originations and total amount of debt both continue to rise.

Why the government is concerned
A high number of auto loans isn't an inherently bad thing, but federal and state government officials are concerned about the high number of subprime auto loans. These are loans made to people with poor credit scores or with a lesser ability to pay the loan back in a timely manner because of their employment status or other debt.

What does this mean for you?
The government looking into GM and other auto lenders' practices doesn't mean much for the average consumer's daily life. However, for people looking into buying a car or truck, they need to budget carefully to ensure they don't take out a loan they won't be able to pay back.

When deciding to buy a car, consumers need to take into consideration the monthly cost of gas, auto insurance and maintenance in addition to how much they can afford to put toward a loan payment.