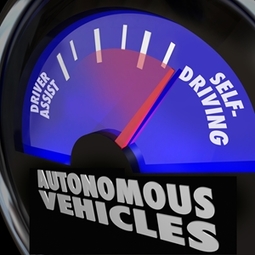 In recent years, Google has put its foot in the automotive door, making a name for itself as a premier manufacturer of technologically advanced vehicles. But rather than mass-produce car after car, Google has settled on making the world's first fully autonomous vehicle. Not only will the car drive on its own, but also many industry insiders suggest the automobile could become street legal in a matter of years.

Google's next big step forward came Dec. 22 when the company unveiled the first prototype of the self-driving car to much fanfare, according to NBC News. The car is very compact and has a rounded shape, much like a Volkswagen Beetle. Test drivers have been taking the car on private roads for research, and it has maintained expectations for its handling and safety capabilities.

With no driver needed, the Google car operates on its own and can interact with GPS systems and other vehicles or objects on the road to navigate to its destination. While many may have worries regarding the future of autonomous driving, Google believes there are too many benefits to let skepticism stop advancement.

"One of the more promising aspects of autonomous vehicles is being able to reduce the amount of cars people drive, which then means we can reduce the amount of space reserved for parking cars," said Hans Larsen, San Jose's transportation chief, according to the San Jose Mercury News. "Parking consumes incredible amounts of urban land that could be used for housing or jobs or public space instead."

Way of the future
Other companies have been quick to follow closely on the heels of Google, including Volkswagen, Tesla and Mercedes-Benz, the Mercury News noted. By having fewer drivers on the road, car accidents due to human error can be eliminated. Additionally, in-car distractions, like cellphones, would be removed because the cars are entirely self-driving and don't require the handling of a human.

When human driving behavior lapses, technology can make up the difference. And with an entire network of self-driving cars on the road, vehicles will become communication tools, making roads safer. Cars will have the technology to alert others of danger while also reducing traffic congestion. Ratna Amin, director of transportation policy for urban advocacy group SPUR, indicated the key to successful self-driving cars could be a matter of solving drivers' inconveniences, according to the Mercury News.

"People like point-to-point transportation," said Amin. "They're going to seek (the cars) if cycling, walking, transit or other modes don't meet their needs."

Questions remain how self-driving will affect auto insurance rates because drivers will no longer be in full control of their vehicles.