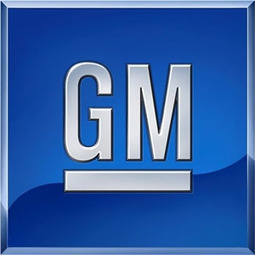 After a long string of recalls throughout 2014, General Motors has recalled another 3 million vehicles in relation to its highly publicized ignition-switch problem. Already the issue has been linked to 13 deaths and 54 crashes. To date, the car company has recalled nearly 18 million vehicles this year.

The previous batch of recalls started in February, when 2.6 million were declared to have the ignition-switch problem. However, the problem was much deeper than the sheer number of vehicles. It has come to light that the issue may have been prevalent in GM vehicles since 2004.

The real issue
The ignition-switch problem represents a real threat to drivers, who could accidentally bump their keys and dislodge the drive gear, resulting in a loss of control. The dislodged ignition shuts down power steering and brakes, and can also be affected if there is too much weight on the key. The Associated Press reported that GM has made 44 recalls this year across several different models. There is a simple fix to the problem, as GM can replace the key.

However, many drivers continue to worry about their safety on the road after the latest round of recalls.

"This latest recall raises even more questions about just how pervasive safety problems are at GM," Rep. Fred Upton, R-Mich., chairman of the House Energy and Commerce Committee, told the AP.

Upton's oversight panel is in charge of the GM investigation over how the company has handled the ignition-switch problem. Since the news was disclosed that GM knew about the problem many years ago and did nothing to react and protect the safety of its consumers, the company has been under investigation by the federal government. Additionally, GM has said it is conducting its own investigation, and many employees involved have been let go.

So far, the investigation has found that GM approved ignition switches, even though they did not meet the company's own code and specifications, the AP reported. Those initial findings revealed that the ignitions could be turned too easily for GM's standards.

Reportedly, Ray DeGiorgio, the engineer who designed and approved the switches, had the supplier change the switch. However, he never changed the document, according to the AP, which has caused confusion in the GM investigation.

The future of consumer safety
The GM recalls and investigation have brought consumer and driver safety to the forefront of the automotive industry. Between the cost of oil and auto insurance, drivers have enough to worry about and shouldn't have to be fearful of their own car's function on the road. GM has stated it is making a genuine effort to remedy the situation and make their vehicles safe once more.

"GM is doing things differently today and we're determined to set a new industry standard for safety and quality," a GM spokesman told the Wall Street Journal. "We are now bringing greater rigor and discipline to our analysis and decision-making process involving recalls and other potential safety-related matters."